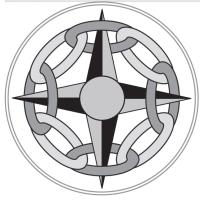 41 Club was formed in 1945 to provide a way for members of Round Table to continue their friendships after retirement from Round Table at the then obligatory age of 40.

The full name is "The Association of Ex-Round Tablers’ Clubs" and it forms part of "The Round Table Family".

Round Table was founded in March 1927 by Louis Marchesi. Marchesi was a young Rotarian in Norwich who became aware of the lack of opportunities for the young businessmen of the day to meet and prepare themselves for their responsibilities as senior businessmen in later years. He found himself surrounded by older men, so he started a club for younger men with a maximum age of 40 to give them the right environment to develop their professional and civic skills while assisting the local community, the nation and later the world as a whole.

Round Table was formed after being inspired by a speech by the then Prince of Wales who said “The young business and professional men of this country must get together round the table, adopt methods that have proved so sound in the past, adapt them to the changing needs of the times and, wherever possible, improve them." Since that time Round Table has used the motto "Adopt - Adapt - Improve".

Originally once a Round Tabler reached 40 years of age he would retire from Round Table and would then become eligible to join 41 Club. In 1998 Round Table changed their retirement age to 45.

41 Club specialises in continuing the friendships made in Round Table. The philosophy of the club is very similar to that of Round Table, but it is often less ‘active’ and in many cases clubs meet less often. The Club's main purpose is to support Round Table and, if possible, participate in local community service initiatives or charity work. However, the ‘continued friendship’ and ‘fellowship’ aspect is of great importance. Most clubs meet monthly, often in a public house, golf club or restaurant. Meetings are usually semi-formal with either an activity or a speaker to entertain. Lifelong friendships are often made in 41 Club.

There are four members of the Round Table Family of Clubs:

To join 41 Club it is a requirement to have been a member of Round Table.

41 Club is also an international organisation with 28 countries affiliated to ’41 International’. Each country sends representatives to the International AGM and a Half Yearly Meeting - both of which are hosted around the world.

41 Club is not a Registered Charity. However one of its main purposes is to support Round Table and the 41 Club Council encourage this.

There is no set ‘policy’ on charity. Clubs should if possible support their local Round Table in charitable activities. This may include Beer Festivals, Christmas Floats, Children in Need, and Firework nights. Usually, 41 Club assist Round Table in stewarding events and sometimes the Round Table who receive that help shares some of their profits with that 41 Club enabling the Club to have some charitable funds.

Many 41 Clubs invite guest speakers to their meetings and sometimes these are from local charities in their locality. By having some charitable funds available it is possible to give the speaker a donation after their talk.

Each year the Association’s National President supports a national Charity. This year that is Muscular Dystrophy UK and clubs are encouraged to support the National President in raising funds on his behalf. This can be by simply a collection, running a charity event or perhaps the proceeds of each meeting’s ‘Sergeant at Arms’.

There is no obligation to raise money for charity, however, if there is a choice of direction to go – nationally we would recommend the President’s Charity and any local activity in the community.